Hello Heroes!
If you haven't found out already, Survival has been reset! A bunch of new content has been implemented onto the server, and we've heard your guys suggestions and have made the server to keep most of you happy.
This does mean that the previous world has been wiped, and everyone is given a fresh chance to dominate the world! Below is the list of stuff that should be kept upon reset.
Of course, we can't just reset a server and not add anything new, so I'll jump right into the content we've added this map.

Check out the new spawns! Thank you @TeamFractal for building these incredible structures. We have two survival spawns and a new /warp xp, /warp mob and /warp pvp to show off.

Custom Enchants
After some consideration, it seems as though most of you want custom enchants that don't affect pvp. So we have put together 10 new custom enchantments that shouldn't effect pvp.


Even though Fertilizer isn't a new enchantment, it was rather useless before. Fertilizer's chance of activating has increased by a bunch, but also now works in a radius!
Level I activates a 1x1 area (1 block)
Level II activates a 3x3 area (9 blocks)
and Level III activates a 5x5 area (25 blocks)
Here's a video to demonstrate what I mean:

Minigames for MineHeroes has been a hot topic over the past few months. To cater for this expansion we’ve decided to introduce a new HUB to the network specifically for current and future Minigames. As you can see @TeamFractal have done an exceptional job with the new lobby and @AJHandler with the development! 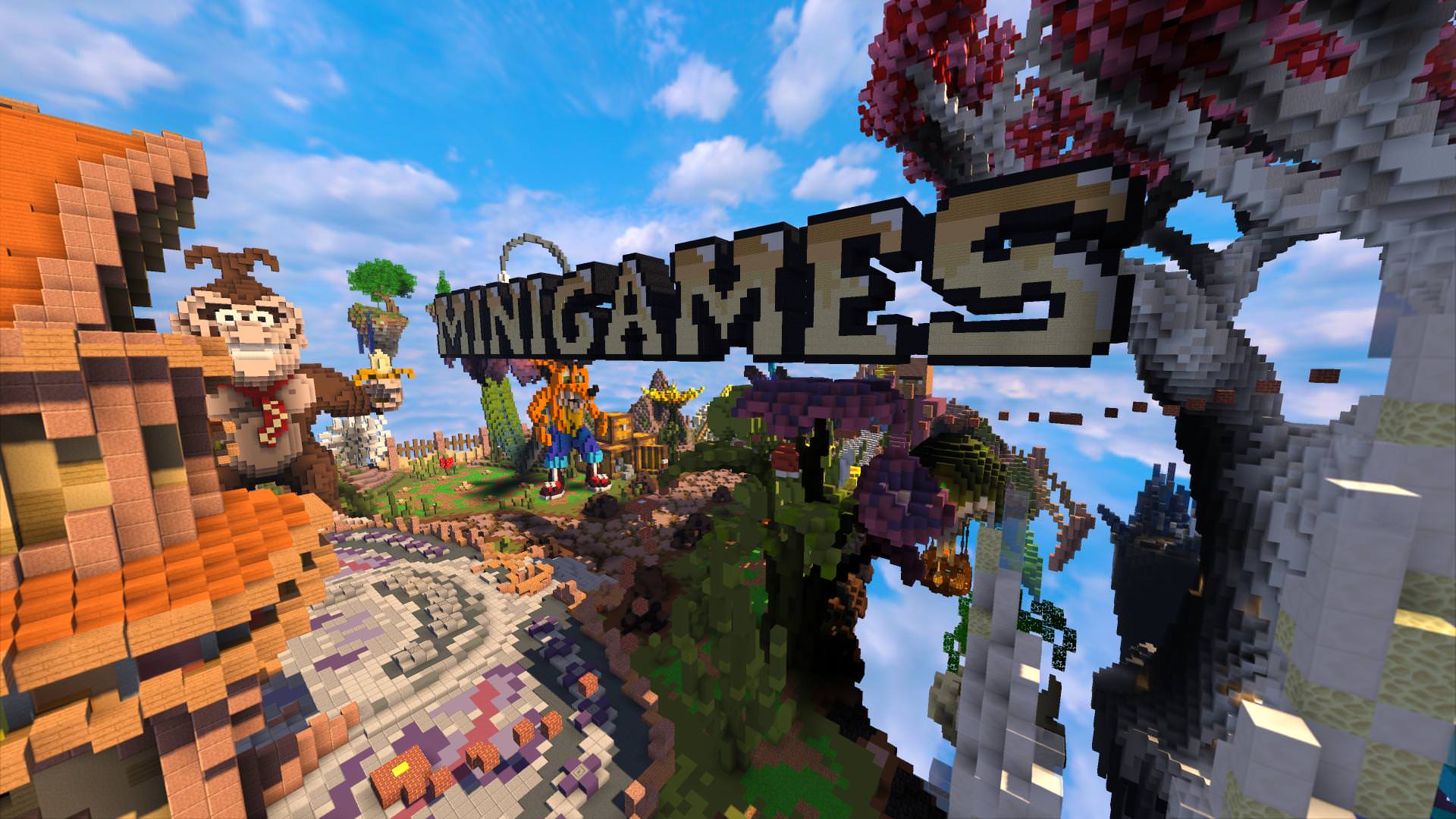 ​
Test your agility on the new parkour system and beat your friends times. This should be coming to the main lobby soon, with prizes for the top speeds! From now on, all current and future minigames will be accessible only through the new minigame lobby. 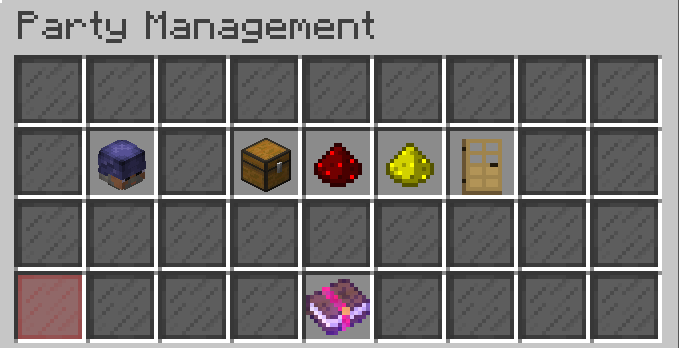 ​
Interact with the different options in the party settings to start a party, invite friends, kick and disband. When you're in a party, all members will be taken to the game the party leader selects automatically!

Cosmetics all across the network have received a huge overhaul, and we now offer Pets (32 variations), Particles (21 variations) and Titles (47 variations).

All of the new cosmetics are unlocked using the new /chests. Earn chests by winning minigames (given randomly based on your Hero Level), buying them on the server store or by purchasing them for 2500 Gems.

Just a quick note that survival will be resetting this weekend on Friday at 7PM EST (27/10/2017)
http://itsalmo.st/#survivalreset

Everything will be wiped, excluding the following:
A full update post will be made on the day of the reset, detailing the new content we have for you guys.
If you have any questions or concerns, feel free to ask below. You can also give your opinions on stuff that can be changed this map (however, take note that we have looked into your previous suggestions and may have already implemented it for this current map). 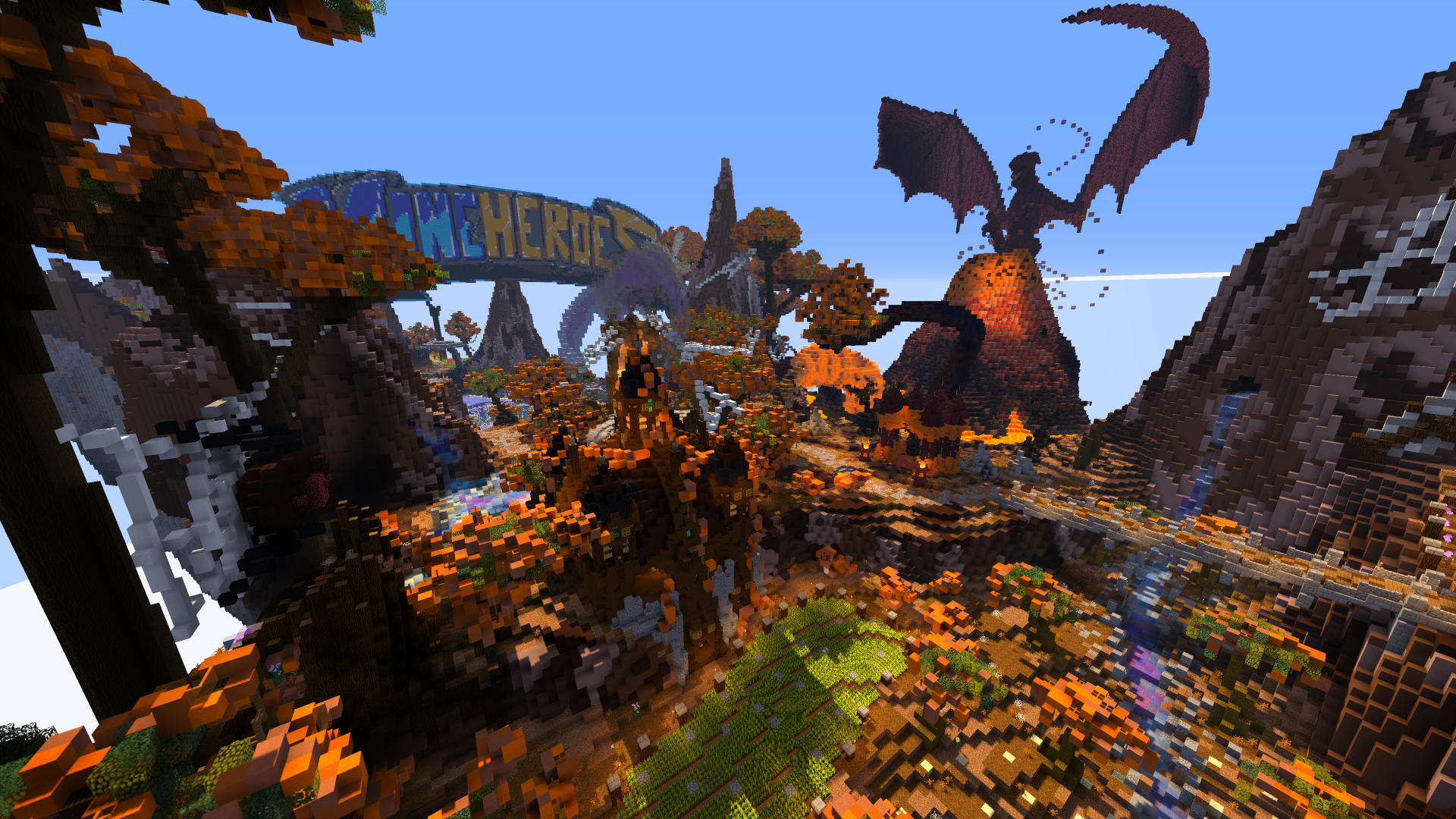 Spooky Hub & Pumpkin Hunt
Ghosts, bats and creepy crawlers have swarmed the hubs turning it into a dark and scary place! All NPCs have turned into witches! Explore the new hub and search for pumpkin heads to claim tokens and gems! Find all 10 pumpkin heads around the hub and you'll unlock an EPIC bundle of prizes! Ends November 1st.

As an added bonus, anyone who buys a Halloween Gkit this year will receive a Halloween2017 tag to showcase their achievement.

The time has come again to open staff applications.


Thanks to all who apply, hope to see some of you on the team!

Factions/OPFactions Post Reset Changelog
Drop Party!
In light of the reset, we will be hosting drop parties on all the 3 Faction Servers in /spawn @ 1PM EST - Countdown: http://itsalmo.st/#drop-party

All you have to do is be online and come to spawn (every one will be invisible to reduce lag) and then collect the goodies that rain from the sky!

Upgrade-able Mob Spawners
A while ago you may have noticed that 3 mob spawner types (PIG, SPIDER and MAGMACUBE) were suddenly upgrade-able to provide custom mob drops. This was the first wave of our custom mob spawner feature, and now we've provided 3 more upgrade-able spawners for you to take advantage of!...
Continue...
Update 3.10.2 | Nexus Patch
15 2,482 by AJHandler : Oct 4, 2017 at 1:34 AM
We have just released a patch update for Nexus, along with a couple global changes. Nexus credits are reset and classes now have prices. 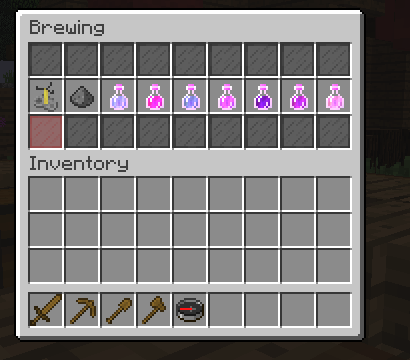 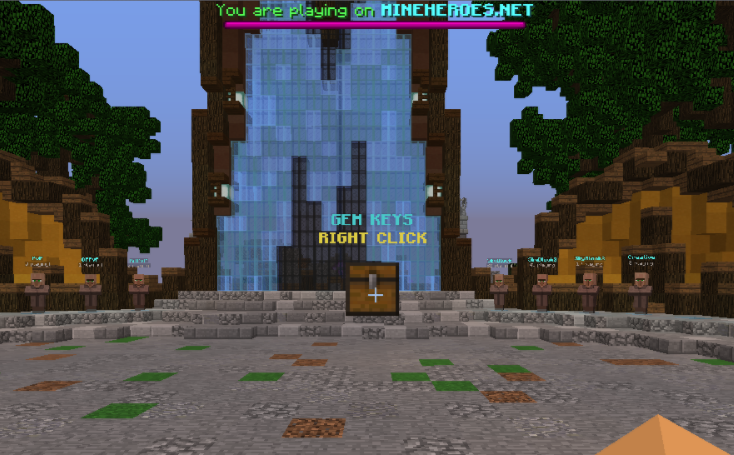 We hope these patches will make your game play experience much better!

As per usual, resets consist of data and progress wipes such as faction data, player balance, mcmmo data, claims, items, inventories and so forth. Paid perks such as kits, ranks will remain.

Our focus for this reset was to touch up and perfect existing features and build on them. We ran polls in game for any game changing suggestions such as gapple cool-downs, shorter tnt grace periods and learnt that the majority of our players like the servers as they are and don't want to see such big changes made.

LAST MINUTE CHANGES (4-OCT-2017)
Thanks for the feedback, we have made some exciting last minute developments just in time for the reset!

We'll be having a Mineheroes Karaoke tomorrow night. At 6:00 PM PST!

For those of you who have trouble converting time to your own timezone, use this link.

There will be a 5,000 token participation prize, so come on out and join in the fun

We'll listen to some great singers, and then some not so great, but it'll be a spectacular time all the same

Karaoke is over, thanks to all who participated

!
Continue...
Update 3.9.2 | Nexus 2 Beta
44 6,652 by McFluffinstein : Sep 28, 2017 at 9:10 PM
Nexus has been completely revamped and is back and better than ever, developed by @AJHandler. Since Nexus was released, there has been an overwhelming response for continuous updates and improvements.

Instead of two teams, Nexus now pits four teams against each other. Each team now has their own quarter of the map where they can gather resources and build defenses. Destroy other team’s nexuses and knock them out while defending your own. Work together and play as many unique classes to achieve your objective. Destroy or be destroyed!

Nexus is split into 5 phases which adjust gameplay. On our old version of Nexus, this was previously 4 however we felt adding another phase could be a great way to stop games lasting a lifetime. The phases are split as follows:

Phase 1: Nexus blocks are invincible. Crossing to enemy sides of the map imposes negative consequences.
Phase 2: Nexus blocks lose their invincibility. You can now cross freely to enemy sectors of the map without being nerfed.
Phase 3: Diamond ores can now be mined at the middle of the map. The potion category of the shop is now available.
Phase 4: Nexuses will now receive double damage every hit. Blaze powder is added to potion shop.
Phase 5: Any Nexuses alive will have 1HP removed every 10 seconds until they are 1HP. A player is required to knock out a team by getting the final hit.

The game will stop at phase 5 and stay there until the game is over.

We’ve reworked all of the classes - including dropping a few and introducing new ones. Furthermore, we are introducing a new currency which will expand across future minigames, Credits. This currency will be local to every new minigame, meaning you’ll have different credit amounts on different games. Changes to each class are specified below: